The Marketplace at Broadway 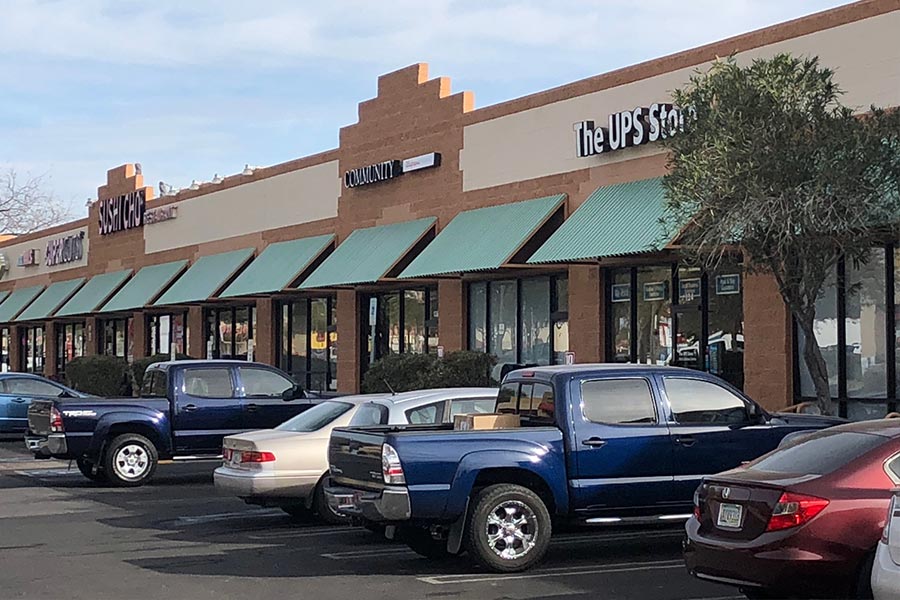 The Marketplace at Broadway is a two building convenience Center located at the major intersection of Broadway and Campbell/Kino Parkway in the City of Tucson. The improvements contain a total of 18,720 square feet with units ranging in size from 1,250 to 4,300 square feet. The Center is parked at the rate of 5.5 spaces / 1,000 sf of building area.

Tenants include Sprint, UPS Store, Supercuts, Sushi Cho Restaurant, Walgreens, T-Mobile, AK Nails, CPRES and a Carls Jr Restaurant (not a part). This Center is located ½ mile south of the University of Arizona campus and the intersection is traversed by over 100,000 vehicles per day.

The Tucson MSA has a population of 992,394 and ranks 53rd in the nation in total population. The population for the MSA is expected to increase 5.2% over the next five years which is greater than the projected national population growth.

The Tucson economy was initially based on mining and agriculture. However, with record population growth, higher education opportunities and a strong military presence, Tucson has matured into a diverse economy with a private sector driven by high tech and renewable energy, aerospace and defense, healthcare and logistics.

We’ll call you shortly with more information on the property.